A highly urbanized community in the province of Lanao del Norte in the Southern part of the Philippines. It is about 795 kilometers southeast of Manila and has a population count of 308,046 according to the National Statistics count of 2007.

This city got its nickname as The City of Waterfalls because of the presence of more or less 20 waterfalls that includes the majestic Maria Chritina Falls (Life of the City). Visitors can also enjoy the elegant beauty of Tinago Falls (translated as Hidden Falls ) because it is literally hidden in a deep ravine.The way that leads in going to and coming from the falls adds up to the thrill of being there as mountain trekking could be added as an additional destination experience . Some other accessible falls to visit are Mimbalut Falls, Limunsudan Falls and Hindang Falls.

Currently, Iligan City is composed of 44 Barangays with people from diverse cultures. Iliganons are mixture of Maranao and Cebuano with a minority number of cultural minorities which includes the Higaunons. Historically, Iligan City already existed during the 1500’s but only got noticed when it became one of the first Christianized community in the country especially in the south. The name Iligan is from the Higa-unon word “iligan” or “ilijan” which means “Fortress of Defense.” It became a fortress against the attacks of some hostile Mindanao tribes and pirates during those times.

Locals citizens and tourists alike will enjoy the beauty of nature in this place. Sightseeing is not the only activity anyone could enjoy while visiting, hiking, trekking the river beds, swimming, mountain climbing, and shopping as well. The weather is very mostly nice the whole year round so one can also enjoy the cold waters of Timoga Spring Pools which is very well known to have strings of pools along the highway that on peak season, all these places are packed with visitors. Adding more recreational destinations for residents and visitors, the Maze Park and Resort and also the Taytay Swimming Pool was opened to the public just recently.

Not just a fabulous place to spend a vacation but Iligan City houses several big industrial plants as well thus it is being tagged as the Industrial City of the South. These companies contributed a lot to the economy of this city with big sectarian and non-sectarian colleges and universities that caters to the educational needs of the city residents as well as many youths all over Mindanao and beyond its borders.

One of the places that visitors does not fail to visit while in Iligan City is the Chedings Peanuts store in Sabayle Street. They sell the famous Cheding Peanuts that every Iliganon or Filipino loves. A local store that gained its popularity that all local residents and visitors alike buys their local made peanuts or other Filipino sweet delicacies for personal consumption or be sent abroad.Also a popular take home item is the Sukang Pinakurat (local vinegar) that is relative to the name Iligan City in terms of popularity.

This article is written by Arlene Collado 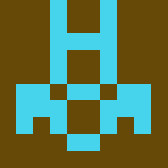