Batanes, considered the smallest and farthest province in the Philippine archipelago, is part of a group of islands called Batanes Islands which are located in the northernmost part of the Philippines. Among these islands, Itbayan, Batan and Sabtang are inhabited and are considered three of the largest islands. Its capital town, Basco, is located in Batan. Due to its topography, it is blessed to have a cooler climate with sometimes a below normal temperature of 13 degree celsius or 55 degrees fahrenheit similar to that of Taiwan.

The indigenous people of Batanes are called Ivatans who are nationally acclaimed as the True Insulares. With the passage of time, they have managed to keep the purity of their genes. A popular trait among Ivatans is honesty. This admirable values is depicted in their honesty coffee shop where no storekeeper is around. The shop contains various goods whereby a customer is free to get any stuff he needs but will still need to pay over to a cash box. This unconventional practice promotes the famous adage, Honesty is the best policy. Furthermore, as of December 4, 2007, Delfin Milo, Batanes’ police director stated that there have been no reported incidents of crime since July 2007. There are nobody inside the jails except for the 7 Vietnamese fishermen detained for illegal poaching and whose case is still pending at the Basco Regional Trial Court. What a peaceful place it is!

Their primary livelihood is farming and fishing and the rest are employed in the service and government sectors. During farming, the Ivatans practice bayanihan called payuwan as they sing their provincial song called kalusan, a rowing song which was first recorded and popularized in 1909 by Governor Otto Scheerer.

The Ivatans are known to live simply. Most of its settlers own and use bicycles as a form of transportation thereby making it popularly known as the bicycle country.

Tourists will enjoy Batanes’ local attractions like historic churches, unique architecture of Ivatan houses, intermittent sandy beaches, countryside panoramic views, rock formations and rugged terrains. Visiting Batanes is not complete without having a taste of their food. Their delectable yellow rice with luya is always present on their tables. Other Ivatan delicacies include venes which comprises of dried gabi with meat, uved which composes of heart of the banana added with fish, halabos ng tatos which consists of tatos, a savory type of alimango or crab which feeds on coconut fruits, have become very popular among tourists due to its unique taste and it is said to be tastier than ordinary crabs. Its excellent taste comes with a high price because its cost ranges from 450-650 pesos per kilo.

With all the good things that it offers, tourists will absolutely have a remarkable experience as they become astounded of Batanes because no amount of words can describe its utmost grandeur and serenity. 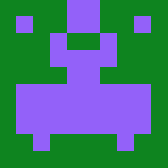