Typhoon Islands, the Home of the Winds, the Land of Ivatans, The Northern Gateway to the Philippines…these are the distinct names given to the Batanes archipelago. The ten islands and islets that composed this northernmost frontier of the Philippines are considered to be one of the undiscovered unique tourist destinations.

Some would say that Zeus, the Greek god of sky and weather had been unkind to Batanes as this group of islands is most often lashed by typhoons during the months of June to September. If you plan to tour this hilly and mountainous northernmost province of the Philippines (and you know you can not brave the foul weather) be sure to schedule your visit on the warm and sunny months of April and May. October to March may be relatively free from typhoons but the heavy torrential rains during these months would put a damper to your vales, hills trekking and hiking activities.

To the uninformed, Batanes can be mistaken as a non-tropical country as this group of islands is truly unique from the other parts of the Philippines . The windswept craggy hills, the boulder edged shores that is continuously kissed by the frothing sea water is reminiscent of Ireland , New Zealand and the Scottish highlands.

This quaint tourist destination would fascinate the outdoor types as the hills, vales and the swimming holes would provide true pleasure that will be derived from nature. Batanes is for nature lovers. If you have an inordinate liking for city life, for the night life offered by five star hotels and posh watering holes, you can shelve your decision to tour Batanes. For sure you will be bored to death as entertainment in this extraordinary place would have to be a basketball game in the town plaza and dining out in the town’s school looking restaurant means a meal of a truly native adobo, egg omelet or a serving of pancit canton washed down by beer bought from a nearby sari-sari store.

However if you find pleasure from nature derived entertainment, you will surely be thrilled by Batanes. You can hike to the top of tall cliffs that precipitately drop off to the sea and watch as the sun slip into the azure blue water of the sea.

The houses in Batanes are another source of fascination to astound a traveler. Houses with gray meter-thick stone walls reinforced by plastering of mud, sturdy low slung wooden doors, and thatched cogon grass are the traditional dwelling places. Ivatan houses are made this way to cope with the onslaught of typhoons.

The geographical location coupled with the weather condition makes the Ivatans outsource most of their food supplies and keep them to last, such as daing or dinaings. The fresh catch from the sea though, would tempt the most discerning palate. Sea foods are augmented by sweet potatoes, yams and other root crops. Women Ivatans wearing the suot (grass headdresses) and tending their root crops is an ordinary everyday sight in Batanes. 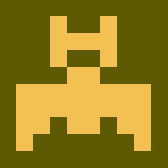